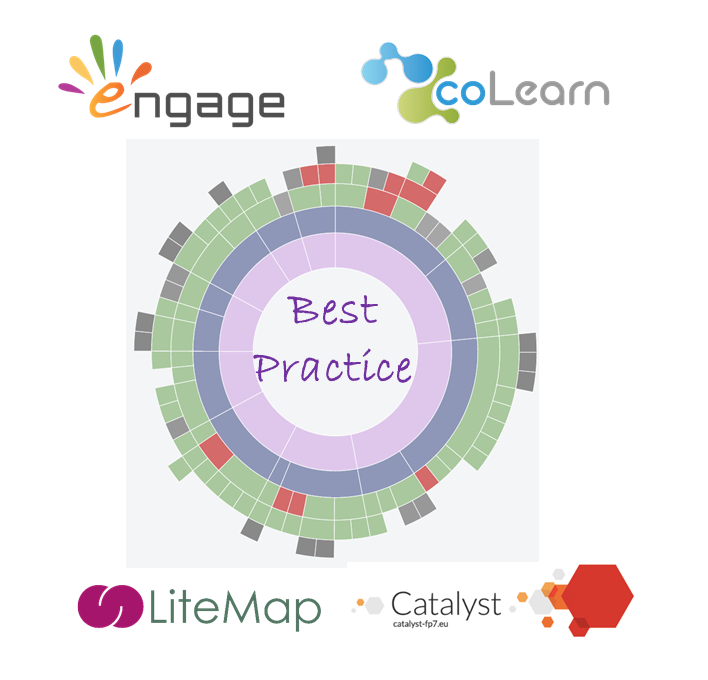 The Catalyst project would like to recognise and highlight the outstanding work that the COLEARN community of the ENGAGE project has been doing using the Catalyst LiteMap tool. They have been working with LiteMap on collective intelligence applied to three scenarios: European debate,  Science Teaching community and Secondary School – smart cities. They have been creating various collective knowledge maps using LiteMap with innovative outcomes!

Secondly, they used LiteMap to gather the collective intelligence of the teacher community of the ENGAGE project in the UK with more than 3,500 teachers and 18,000 materials downloaded in their OER Hub and MOOC in 2015.

Thirdly, they used LiteMap with Secondary School students in the Urban Inquiry activities for participatory deliberation on key issues for smart cities: electric cars, solar panels and energy consumption. LiteMap helped students create their posters and present them to scholars and citizens in 2015.

Their work with LiteMap has helped further the stability and depth of the tool and we want to congratulate the colearn community of the ENGAGE project for their excellent work and formally thank them for the contribution they have made to the Catalyst project.